Barrus Logistics took a part in the International scientific and practical conference. 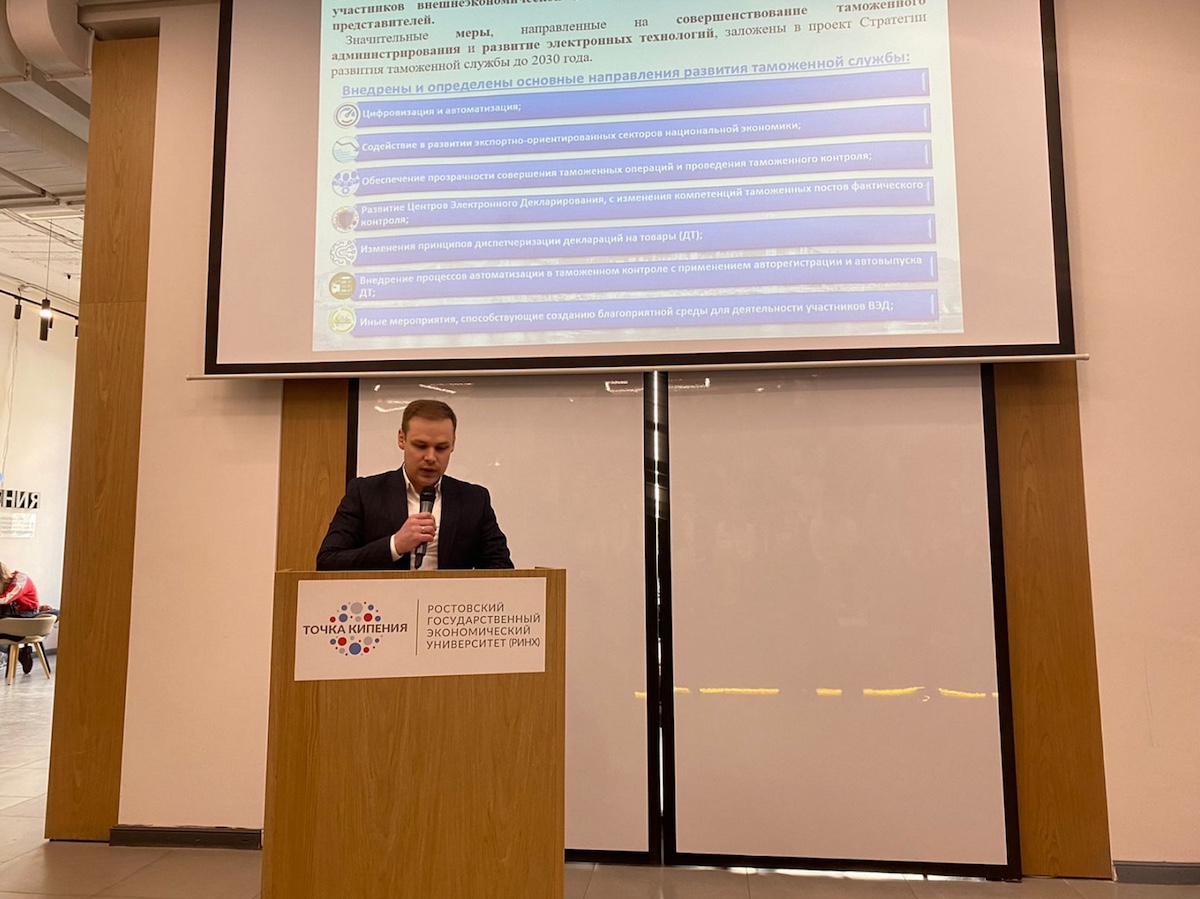 On March 24, the International scientific and practical conference “Peculiarities of the organization and regulation of foreign economic activity and foreign economic relations of the Russian Federation in modern conditions” was held at the coworking space “Tochka kipeniya” of the Russian State University of Economics (RSUE), which continued with a meeting of two sections. The conference was attended by representatives of the FCS of Russia (Head of the SCA), the Rostselmash combine harvester plant, the Rostov multimodal port and the Barrus Logistics company, headed by Ivan Ishanov, Director of the Russian Federation Customs Clearance Center of Barrus Logistics.

The conference became an excellent possibility for the participants to discuss existing questions concerning international cooperation and foreign trade activities on the part of customs authorities.  Within the framework of the plenary session Ivan Ishanov has made a report in which he has told about the customs representatives industry and problems which arise in this sphere.

Barrus Logistics thanks Russian State Economic University (RSUE) for the trust and for the opportunity to take part in the conference, to make a report and to share valuable experiences with colleagues.